So, is Mayor Dominic Valera Suspended? 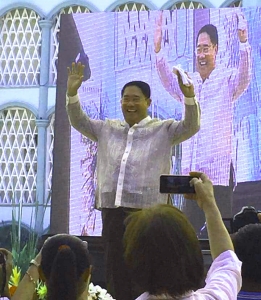 Mayor Dominic Valera during his Inauguration as Mayor of Bangued

Two weeks ago, multiple sources indicated that Bangued Mayor Dominic Valera has been suspended for 3 months. This report came out just as the Mayor was vacationing in the United States.

Upon checking with our sources, the allege suspension was due to a COA report. In the said report, Auditors supposedly found a huge gasoline bill charged to the Municipality of Bangued. The payor was the Mayor himself. Mayor Dominic owns a couple of Petron Gasoline Station around Abra.

Abrenian.com tried to reach the COA office for comment but didn’t get any reply.

We also wanted to verify the news that the Mayor has been preventing auditors from getting into the Municipal Building.  This is probably the reason why the 2015 COA Report for Bangued is still not available as of this writing?

Going back the the allege suspension, looks like it’s not true as the Mayor has just been elected this week as the President of LMP (League of Municipalities of the Philippines), Abra Chapter.  The elections went on with its own shared of controversies…this of course is another story. 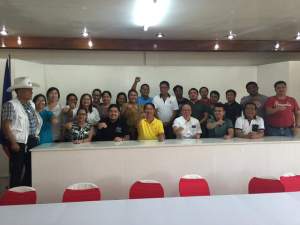 Chief Architect of abrenian.com
View all posts by SysOp »
« Brix Bachiller was ridiculed few days before he was gunned down
After Lawin, Abrenians are feeling left out, demoralized and frightened »

139 thoughts on “So, is Mayor Dominic Valera Suspended?”