Abra Assassins Give Up To Police 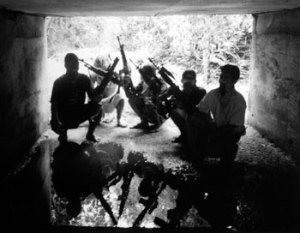 By Artemio A. Dumlao (abrenian.com)

According to Garcia, police records traced that Bindo participated in the alleged “staged ambush” of their patron Association of Barangay Council (ABC) chairman Artemio Donato at barangay Nalnas-Dalayap, Langiden in March 2013 while Jaime Blanes is wanted for the crime of frustrated murder with warrant of arrest.

Their group has a remaining lone member and is being hunted for the same offense.

Cordillera police director Chief Supt. Isagani Nerez beamed that the surrender of the assassin is the result of the Cordillera police’s continuous manhunt against wanted persons.

“Negotiations with other PAG members will continue as part of our peacekeeping strategy until all the identified PAGs are neutralized in line with our objective to have a secure and fair election this coming SK Election on April 26, 2015,” Nerez explained.

For this week alone, at least 21 wanted persons were caught in different provinces in the highland region.***Artemio A. Dumlao***

22 thoughts on “Abra Assassins Give Up To Police”