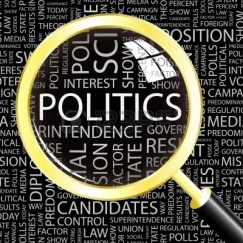 By Artemio A. Dumlao

Bangued, Abra  — The Abra Electric Cooperative (Abreco) is wrestling off a “thirsty” power grab as the supposedly apolitical distribution utility has not shaken off the specter of “dirty politics”.

Abreco, while thanking its more than 30,000 consumer-members who settled their bills on time for the P7 million last trance due to APRI last week averting a power shut-off said, “strives to hurdle all the challenges to its existence as an autonomous and self-sustaining cooperative unshaken by political intervention”.

In behalf of the Abreco management, cooperative manager Loreto Seares Jr., threw potshots against a top local official, whom he did not name, in tandem with some “pseudo-advocates of social change”, “who have evil designs of political adventurism and power grab out to depose us and own (the cooperative)”.

Abreco in the past complained of intervention by political figures especially in the election of Board of Directors. But Abra governor Eustaquio Bersamin, who has been alluded to be the one dipping fingers into the affairs of the power cooperative took exception on charges that he wanted his own “anointed-one” to replace Seares Jr. ahead of the then 2013 midterm polls then.

“Even as they have resorted to black propaganda and sabotage in undermining the normal billing and collection activities of our employees, these people of power and religious influence cannot put down the spirit of cooperativism which governs our operations,” Seares Jr. vowed.

The Abreco manager promised, “we assert our determination to carry on the mandate of Abreco to deliver quality, safe, reliable, sufficient, and affordable electric power supply to Abrenios,” amid “the doomsayers and obstructionists equally hell bent on destroying our name, our family, and our cooperative administration.”

Abreco however “shall overcome and prevail,” Seares Jr. said as, “the truth shall keep our lights on,” adding, “we have started remitting the next scheduled payments for Friday 21st to cover the current bill.” It is still a long way to go, but we are back right on track as scheduled, the cooperative manager further added.***Artemio A. Dumlao***