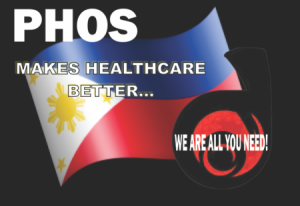 With the advances in Information and Communications Technology (ICT) there is no question that embracing the implementation of Electronic Health Record systems is tantamount to increasing the quality of healthcare services.

One Vision, One World

Ever since the advent of the Internet the creation of a global market has become possible. The same can be said with the healthcare industry that is continuously facing threats from all fronts with new types of diseases coming out of the woodwork almost on a daily basis.

Of course, some may contend that thinking of Electronic Health Records (EHR) deployment in terms of a global pandemic is a bit too extreme. The reality though is whether we accept it or not, many of the most damaging diseases humanity had to face during the last century or so have come from simple and little known communities.

Therefore, it would be easy to assert that if there had been a strong healthcare information infrastructure that is accessible on a global basis, causes and cures would be easier to track down. This however would be easier said than done and would emphatically require all stakeholders of the healthcare industry to share a similar vision of a healthier society instead of simply making money.
Healthcare Transformation with EHR

During the past few decades the transformational effects of EHR systems have been recognized. These systems have been largely responsible for facilitating and expediting decision-making processes regardless of the level of expertise of the healthcare professional.

One study even goes as far as stating that the widespread adoption of an EHR system can deliver savings of as much as US$81 billion for an entire country annually aside from the expected improvement in safety and efficiency that will lead to the prevention and effective management of chronic diseases. When properly maintained and implemented, such a system can also lead to transformations not only in terms of healthcare but also social benefits among others.

The Philippine Healthcare Operating System (PHOS) is a type of complete ambulatory EHR that is spanned from an OpenEMR framework and customized for implementation within the Philippine setting. This is quite significant because unlike in the United States and modern countries in the European continent, the Philippines is considered below par despite the extensive expertise and highly trained skills of many Filipino healthcare practitioners.

There is no doubt that many healthcare professionals in the Philippines are contemplating on adopting EHR systems for their practices; sadly, only a handful have a working system in place. In a country where healthcare (and almost everything else) is mostly community-based, access to comprehensive patient records, medical history, and other pertinent information can be outright challenging if not completely overwhelming.

The most common barrier being put out by stakeholders is the huge amount of money that is needed to undertake, implement, and maintain a centralized EHR system. ICT practitioners however can readily refute this as they know for a fact that the advances in technology has allowed for cost effective solutions that will allow for the complete implementation of EHR systems even in the most remote barrios in the country.

But why should public or private stakeholders invest in the implementation of the PHOS within the Philippines?
• For one, having 7,100 plus islands pose tremendous logistical and communication challenges in the transmittal of patient records required for accurate and reasonable clinical decisions.
• With many Filipino and foreign patients seeking medical attention in the Philippines, there is a need for a more effective management of patient records that will allow for better communication with other healthcare providers and even pharmaceutical companies to benefit all patients regardless of the disease.
• Elimination of patient record duplication that is not only a waste of paper, but also time will translate to substantial savings in medical practice.
• Easier tracking of prescriptions and medications with the possibility of pharmacy dispensary support.
• The medical billing function supports various types of healthcare industry accepted standards for better claims management and interfacing with insurance providers.
• Proper usage of the Patient Demographics feature will allow for better tracking of diseases as well as formulation of better medication based on the age, sex, and other factors of every patient.
• The privacy of patients remains sacred with the encryption feature of the PHOS that will prevent unauthorized access to patient records.
• The PHOS can be customized for use anywhere from a single doctor clinic to a comprehensive hospital system.

There is no doubt that every practical minded healthcare practitioner can appreciate the beauty of retrieving patient records in 5 seconds compared to going through piles of folders and index cards. It should be strongly emphasized that technical training, adequate resources, and support are all essentials in ensuring the level of impact that the PHOS can deliver.

Medical TourismAs the country attempts to reach the 10 million tourist arrivals by 2016, it cannot be denied that medical tourism is constantly one of the top reasons why many foreigners and former Filipinos flock to the Philippines. There are three main factors why the Philippines will remain as one of the top medical tourism destinations if properly poised by its leaders; the quality of healthcare, the cost of treatment and medication, and finally, the unparalleled dedication and care exhibited by Filipino healthcare practitioners.

What is the role of the PHOS in this phenomenon?

Medical tourism not only opens up potential opportunities, but also comes with its own share of concerns and challenges. Consider the reality that as many as 1 to 6 million Americans alone will look for offshore medical care within the next 2 to 5 years. As statistics would show, many of these Americans prefer to travel to less developed countries in the world, like the Philippines, to receive a wide array of healthcare services. It does not take a genius to understand how a full-blown EHR system like the PHOS will come into play in this scenario.

Because of the increasing trend of medical tourism, there is a need for stakeholders to understand the economic, political, and social forces that impact the healthcare landscape. Although true that citizens of highly develop nations opt for healthcare services in less develop areas, it does not mean that they do not require efficient handling of their medical records. Medical tourism brought 1.2 million people to India and another 1.1 million in Thailand in 2004; how can you deal with this number of people without an efficient system like the PHOS?

Is the Cost of PHOS Worth It?

Focusing on the medical tourism aspect alone, Asia has remained the destination of choice for many citizens of highly developed nations seeking treatment for anything from dental services to full-blown medical procedures. With the kind of reputation produced by Filipino healthcare professionals around the world, there is no doubt that the Philippines will be a prime destination for medical tourism.

It has been estimated that as of 2012, the global medical tourism industry has generated US$60 billion with roughly US$4.4 billion going to the Asian market. The annual growth is placed at around 20%, which means that medical tourism could be worth US$150 billion within the next 2 to 3 years. How big a piece of the pie the Philippines gets from this global healthcare market would depend on sound leadership and programs that include country-wide implementation of EHR systems like the PHOS.

17 thoughts on “PHOS Is Worth More than the Obvious”