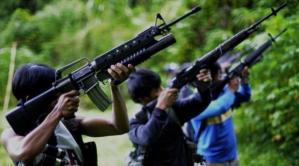 Army troops recovered five high-powered firearms from the site and no casualties from the government side has been reported.

“Prior to the incident, villagers tipped off the presence of the NPA’s who are on extortion activities and collecting foodstuffs from the populace,” Cadano said.

Lieutenant Colonel Virgilo Noora, Commanding Officer of the 41st IB, said that civilians in the area told them that the communist rebels they encountered were not from the area.

“The barangay folk said that the NPA’s who are extorting from them are not from Abra but from other areas that’s why the people are really distrustful of them,” Noora said.
Read more: http://newsinfo.inquirer.net/635271/5-npa-rebels-dead-in-abra-clash-army-official#ixzz3CODjaRVn
Follow us: @inquirerdotnet on Twitter | inquirerdotnet on Facebook